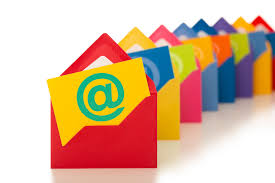 Most of you that really  know me, know that I am a HOARDER…an email, text message, Facebook Inbox, voice-mail HOARDER! I can keep messages forever! And like most hoarders, I find it easier to just keep living with it than to take the time, effort and energy to clean it up!

As I type this, I have a folder in my Yahoo mail named, “Stuff To Review “. The oldest email is dated February 16, 2010. The most recent one in the folder is dated January 12, 2012….I really think I can delete them…if I haven’t reviewed them by now, chances are…

On my phone, I have in my text messaging, between me and one person, 430 messages and about 1000 altogether. Now this is after I deleted 1500+ messages between me and another person…which were deleted only because I kept running out of  memory on my phone!

Now, before you think I am a few bricks shy of a load, let me explain my reasoning. I keep most messages so that I can review them later for information such as date, time and place of an event or and invitation. Sometimes these messages are from my client base for design projects I am working on and I have to refer back to them for instructions and clarification. Others I hold on to because they are inspirational, motivational and encouraging. And last but not least, some I hold on to because they have hurt me, disturbed me or made me angry. (These I go back and review often in disbelief!).

Anyway, every morning when I get up and check my email, I delete anywhere from 25 to 35 emails without even opening them. Many others I don’t open but I don’t delete them either with the thought that I might want to read them later. But then later never comes…

It has been this way for as long as I can remember.

However, on yesterday when I opened my email, I decided to simply DELETE some and UNSUBSCRIBE from others. I decided to stop the inbox clutter once and for all! It took some time but I started from the top and began clicking DELETE and went to the bottom of other messages and clicked UNSUBSCRIBE. Each time I did, I felt freer…like I was finally getting my email under control, like the weight was slipping away…like a heavy burden was being lifted!

Now, here’s the thing…we all have things in our lives that are weighing us down; things that start out as simple; things that were never meant to clutter up our lives. Things that at one time may have been of great benefit to us but are now unwanted or unneeded. However,we sometimes find ourselves in a cycle and we don’t know how or are unwilling to break it. We never meant for it to be this way but because we didn’t manage it at the onset, we find ourselves burdened down with it later. What started off as a convenience has now turned into a major inconvenience.

Well, the only thing you can do is simply what I did, DELETE AND UNSUBSCRIBE! No matter what you may be hoarding, you can choose today to clean it up and move on. You can keep what’s relevant and of benefit to you and delete from your life all else that is weighing you down. After you delete it, get down to the bottom of it and unsubscribe from it;  CHOOSE not to have that thing enter into and clutter up your life again.

So now, join me on my journey to “clean up where I messed up and start my life all over again”! Let’s take our lives back today!